HomeBlog Spianata vs. focaccia: what is the difference? 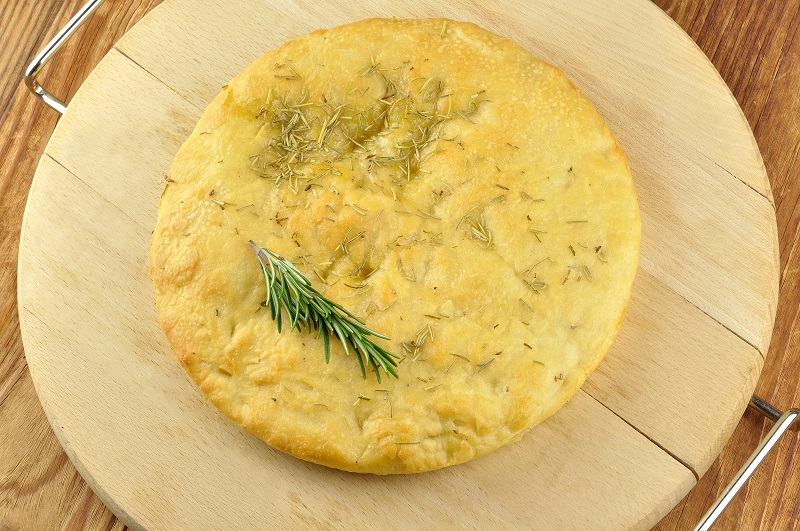 Spianata vs. focaccia: what is the difference?

Focaccia is a symbol of traditional Italian cuisine and is popular all over the world. Despite maintaining its uniqueness, there are some very similar dishes, like spianata or schiacciata, a very popular dish in Tuscany and Emilia-Romagna.

The ingredients of focaccia and spianata are basically the same: water, extra virgin olive oil, flour and beer yeast. Preparation and cooking differ in some small details. In fact, traditional focaccia requires a double leavening process: the first one as a block, the second one, after many hours, when the dough is spread out on the tray.

Spianata, instead, requires only one leavening: once the dough rises, it is immediately spread out and baked. The content of water plays an important role in their different texture: traditional focaccia requires less water than spianata, that needs more water.

Spianata in Tuscany or Romagna is a kind of focaccia with a short leavening process. Low, crunchy outside and soft inside, its typical taste comes from abundant use of the extra virgin olive oil. Both in Tuscany and Romagna, rosemary is added as the main spice to season it. There are also some richer types stuffed with vegetables, cheese or charcuterie.

Small difference: spianata in Romagna is often enriched by olives, whereas in Tuscany there is a sweet version with grape and sugar.

A substitute for bread for everyone

White focaccia and spianata are basic products with light seasoning, therefore they are perfect substitutes for bread. The first one can be easily found unpackaged in bakery shops or packaged in supermarkets, whereas the second one is more a “niche” product.

In order to help people with gluten intolerance taste such delicacies, Le Celizie offers gluten free and 100% vegan spianate. Furthemore you can combine your dishes or indulge yourself with a tasty snack with their “rosemary spianata” or “onion spianata”: warm them up, their unique taste and softness will seduce everybody!